Current widespread anti-immigrant and anti-refugee sentiments are morally troubling from the perspective of liberal democratic political theory. Not only do they lie behind restrictive admission policies that threaten refugees’ right to seek asylum, they also affect those who are admitted, who may be denied their status as equal members of society or refused important freedoms. Should liberal democratic governments counteract such views?

First, it is necessary to consider whether governments can intervene: are there any strategies a government may adopt to persuade citizens to abandon racist, hostile or discriminatory views? This is an empirical issue: in this piece, I present some measures that have already been adopted by governments at the local level to illustrate the claim that public interventions discouraging anti-immigrant and anti-refugee sentiments are possible and could be further expanded. Secondly, as a political philosopher, I focus on the normative side of this issue: whether government intervention in shaping citizens’ opinions is morally permissible and whether there are moral limits to the kinds of policies that should be adopted.

The value of local initiatives to counteract anti-immigrant sentiments

Counteracting anti-immigrant sentiments is possible, and there are already local governments acting to reduce hostility towards newcomers and to promote their integration. There are strategic reasons why such policies can be more effective when carried out locally rather than nationally. First, social scientists and policy makers are increasingly aware that social inclusion takes place at the local level. Thus, local level policies and practices can be used to promote positive interaction among citizens and migrants. As social psychologists argue, positive face-to-face contact generally reduces intergroup prejudice and hostility, and there is evidence that this applies to anti-immigrant and anti-refugee sentiments too. Secondly, local governments can adopt inclusive integration policies and promote an inclusive narrative even when national or federal governments adopt restrictive admission policies or foster hostility towards immigrants and refugees. Inclusive local narratives can be opposed to exclusive, xenophobic narratives. Therefore, local governments can have a powerful role in promoting direct or indirect contact between refugees and citizens, for instance organizing face-to-face encounters and devising communication policies. Research shows that municipalities and other local level institutions can cooperate with NGOs and civil society organizations in several ways. They can simply offer support or funding to initiatives proposed by NGOs and CSOs, or they can develop a broader strategy which also includes non-state actors. Consider, for instance, the famous anti-rumours strategy launched by the Barcelona municipality and subsequently adopted by several European cities, with the support of the Council of Europe. This strategy explicitly aims to dismantle rumours and stereotypes concerning migrants and refugees, because they lay the foundations of racist attitudes, discriminatory practices and populist discourses. In the case of Barcelona, the strategy included organizing public forums, as well as disseminating materials, ranging from YouTube videos to infographics and comics. Moreover, the municipality of the Catalan city has trained “anti-rumours agents”: ordinary people whose role is to counteract the spread of rumours and stereotypes in everyday conversations. Many other cities also promote interaction and communication initiatives. In the UK, six cities have joined the Inclusive Cities network and have devised action plans to promote newcomers’ integration and to adopt an inclusive narrative, while in the US several cities are part of the Welcoming America network and have organised communication campaigns and community building events, such as dialogues and dinners.

These examples illustrate that governments can devise policies or fund civil society initiatives to counteract anti-immigrant and anti-refugee sentiments – but should they do so? To many liberal democratic people, these actions likely sound not only morally permissible but also laudable. Some might even think that liberal municipalities should do more. They might believe that compulsory courses should be organized to ensure that those holding racist, xenophobic or discriminatory views change their mind, or they might expect liberal governments to explicitly endorse the same political positions they hold.

However, there are well-founded worries when it comes to the state persuading people to change their mind. From a liberal democratic perspective, the image of a state that not only forbids certain behaviours but also manipulates peoples’ beliefs and sentiments is a dystopic image. Therefore, although some might be sympathetic towards public intervention in counteracting anti-refugee sentiments, others may posit that there should be moral limits to the action that a government can take. 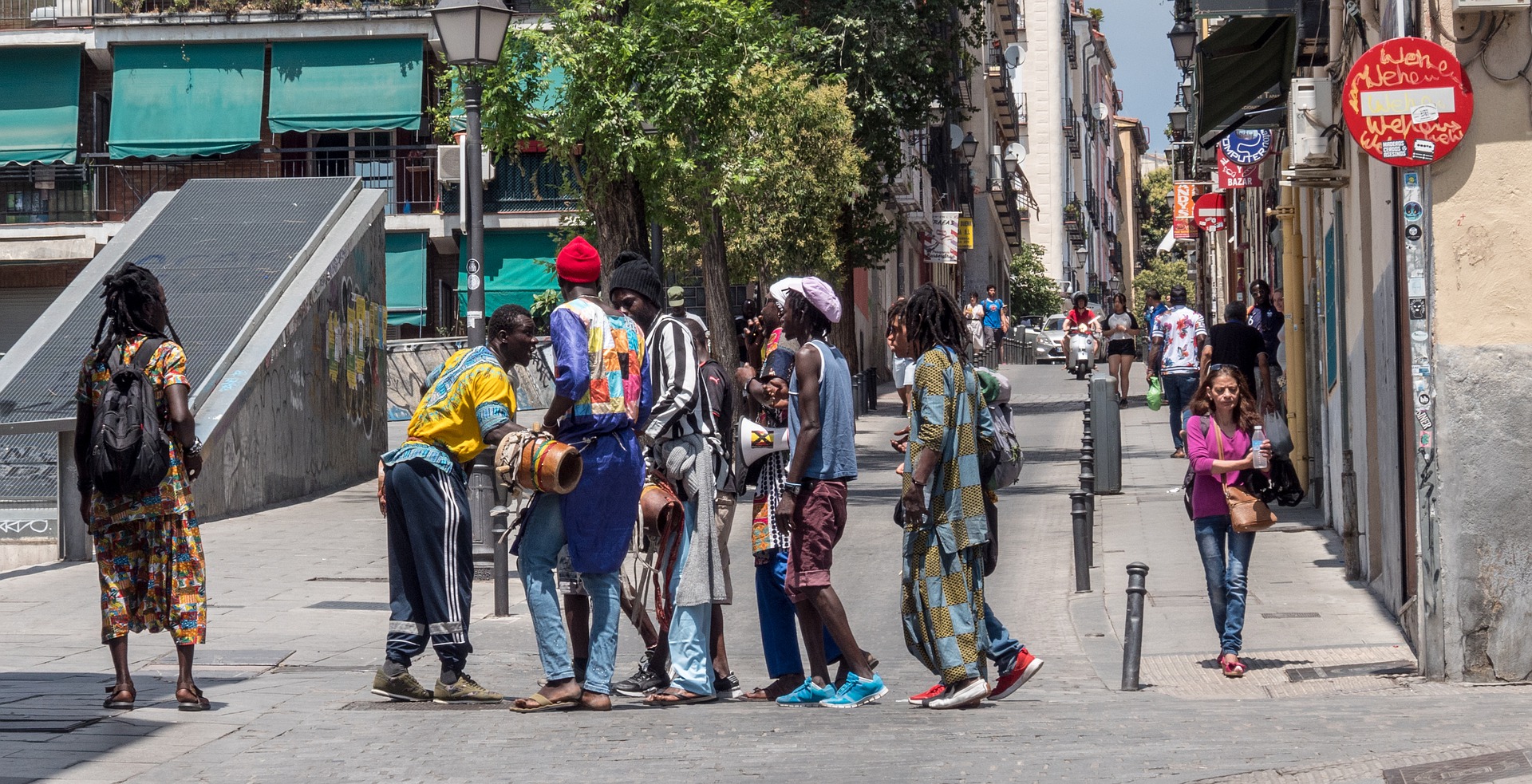 How could morally permissible policies be identified? A liberal democratic state is not a value-neutral institution: it is grounded on some basic values, such as freedom, equality and autonomy. Therefore, governments not only can but they also should publicly defend such fundamental values. This, I suggest, includes promoting an inclusive and egalitarian public culture, as well as persuading people to abandon racist or discriminatory views that do not recognize refugees and migrants as free and equal members of society. However, the basic values of freedom, equality and autonomy also impose moral limits on the kind of influence that a liberal democratic government can exert to change citizens’ views.

Recall the dystopic image of the invasive state which manipulates citizens’ minds. From a liberal perspective, a morally permissible policy must respect citizens as free, equal and autonomous agents. This sets limits to the use of permissible coercion, discrimination and manipulation. Covert persuasion would violate individual autonomy: for instance, manipulating a person’s newsfeed on the social media to expose her to certain contents, so that she changes her perspective, might be problematic. Moreover, targeting only members of specific social groups (for instance on the basis of wealth, education or place of residence) on the presupposition that they might hold racist and xenophobic views might be discriminatory and disrespectful for the targeted people. Thirdly, people who hold hostile sentiments towards refugees would likely benefit from being exposed to alternative views, by both meeting refugees in person and accessing reliable information and life stories. Nevertheless, it would be morally troubling if a government, for instance, coerced citizens to publicly declare their intimate commitment to a given view. Finally, liberal democratic governments must accept the fact of “reasonable pluralism”, which is to say that people may share the same basic moral values, such as freedom an equality, but at the same time have divergent views on which specific immigration and integration policies should be adopted. Therefore, it should not be expected that a liberal democratic government imposes the adoption of one view by all citizens.

Focussing on the basic liberal democratic values helps to identify moral criteria that policies aiming to counteract anti-refugee sentiments should adopt: transparency, non-discrimination, non-coercion and respect for a reasonable pluralism are a few. The local examples cited above offer insight into how different levels of government may act to reduce hostility towards migrants and refugees. Regardless of one’s view on such interventions, it is important to ethically debate the types of actions liberal democratic governments can legitimately take. Doing so strengthens the possibility that such actions will be not only effective but also consistent with fundamental liberal democratic values, such as freedom, equality and autonomy. 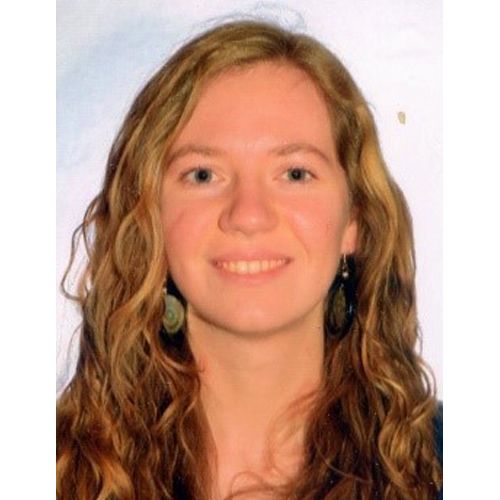 Laura Santi Amantini is a PhD Student in Philosophy at the University of Genoa, Italy. She was a 2019 Visiting Fellow at the Refugee Studies Centre.