Refugee registration is often perceived as a mundane and straightforward exercise and thus has received little academic attention. This is partly because it is widely assumed that states will readily engage in it as it is central to states’ bureaucratic engagement and monitoring of refugees on their territory. My ongoing research in Kenya, where the state often suspends registration, shows that this is not always the case. It is therefore important to rethink what registration means for state power.

Registration is the process of creating a written record of the biographical and often biometric details of individuals who enter a country and wish to claim asylum. It is fundamental to the protection of refugees as it legalises their stay in the country and, importantly, their right to non-refoulement, pending determination of their claim for refugee status.

Registration is often the first point of contact between an asylum-seeker and the state – it is when an asylum-seeker becomes ‘known’ to the state. Although refugee registration can be done by UNHCR when states are unable or unwilling, registration is a central function of a sovereign state. It is about knowing individuals on the state’s territory and constitutes part of the integrity of a state’s borders. Registration can form part of a state’s surveillance infrastructure and the pursuit of national security interests, through screening for security threats. The investment in biometric technology within registration testifies to the concerns of some states to more accurately identify individuals and cross-check identities with other databases, such as EURODAC or Terrorist Interdiction Program.

Yet despite the seeming centrality of these concerns to states, the Government of Kenya has systematically suspended refugee registration. Significantly, this rationale is at odds with the view, advocated for by UNHCR with the government, that registration can improve national security. The Government very publically suspended it in Nairobi in December 2012 and March 2014. Registration in Dadaab refugee camp has been particularly contested and frequently stopped. The Government also suddenly disbanded the Department of Refugee Affairs in May 2016 – the Department responsible for refugee registration - although it did reopen a few months later. These announcements followed national security incidents, notably car bombings and grenade attacks in Nairobi in late 2012 and a gun attack on a church in Likoni, near Mombasa, in March 2014.

While sometimes the Government of Kenya is willing to carry out registration and has developed its own registration systems, this is primarily at the instigation and through the financial support of UNHCR and international donors.

The periodic and yet systematic resistance is, in part, because registration systems in Kenya have certain infrastructural weaknesses, which significantly limits the utility of information gathered through registration and therefore disincentivises the Government to carry it out. My research in Kenya, for example, shows that the refugee registration database until very recently was not connected between individual computers, let alone between different refugee hosting areas in Kenya. However, the overall response to this has not been to address these weaknesses, although UNHCR has invested in capacity building, but to abandon them all together.

We must therefore look for answers in the meaning and politics of registration itself. Registration is a form of legal recognition and empowerment which increases the ability of refugees, and indeed any recipient of registration, to make claims of the state. It publically and legally recognizes that these individuals are refugees and thus have a claim to reside in Kenya. This conflicts with the prominent narrative by leading political leaders in Kenya that Somali refugees in particular should return to their country of origin. On this basis, the Government pushed for a Tripartite Agreement on repatriation to Somalia in 2013 and has twice announced the closure of Dadaab refugee camp, near the Somali border. This is justified by politicians on the grounds that refugees pose a security, environmental and cost burden. Denying registration reinforces the narrative that these individuals are not refugees and thus can and should return.

There are interesting parallels to Kenya’s ethnic Somali citizens who have faced a long history of political exclusion and marginalization on the basis of their ethnicity – which is closely related to the treatment of Somali refugees in Kenya – and who also face challenges accessing civil registration and thus a national identity card. This further shows how denying legal recognition can be a means to enforce marginalization for groups whose sense of national belonging has been contested.

Acknowledging the legal recognition that registration can offer refugees sheds light on why states, resistant to hosting refugees, might choose not to register them. It is too easy to assume, given security practices especially in the West, that states will always pursue bureaucratic surveillance and monitoring of refugees. In Kenya, it is politically prudent to resist legal recognition, even at the expense of bureaucratic surveillance. The promotion of registration by the international community may therefore find little traction by focusing purely on the security gain for states, particularly in contexts with weak administrative infrastructures. It is prudent instead to rethink registration and recognize that at times it offers more to refugees than to states. 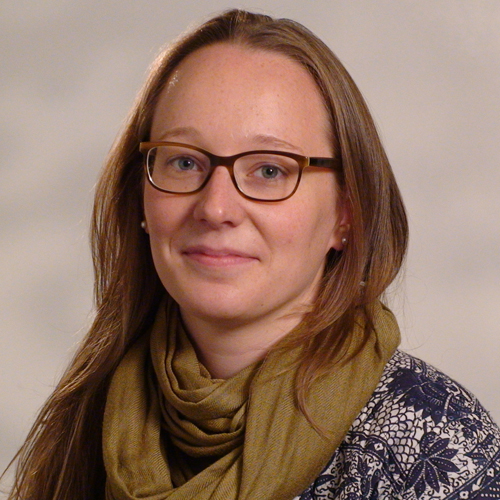 Claire is a DPhil student, affiliated to the Refugee Studies Centre. Her doctoral research explores the transfer of the management of refugee affairs from the United Nations Refugee Agency (UNHCR) to the Government of Kenya.