Women fleeing gender-based violence continue to struggle to be recognised as refugees, despite UNHCR and others maintaining that ‘properly interpreted’ the Convention on the Status of Refugees 1951 (CSR) covers gender-related claims. One reason for this is the difficultly in establishing a connection between gender-based violence and the ‘Convention grounds’.

This article argues that those involved in determining refugee status (including as decision and policy makers, experts and advocates) should consult and draw on the specialist legal regimes that have been developed to respond to violence against women. These regimes define gender-based violence and establish that it is unlawful discrimination against women, which may also (depending on the nature and severity of such violence) be persecution. Once the discriminatory / persecutory nature of a particular woman’s experience of gender-based violence is accepted, the Convention reason that it is ‘for’ (the nexus requirement) can be ‘properly’ determined.

This approach to gender-based violence and the refugee definition is significantly under-employed in refugee law and practice at present, but drawing on it may enable more women seeking refuge from such violence to receive it, as refugees. 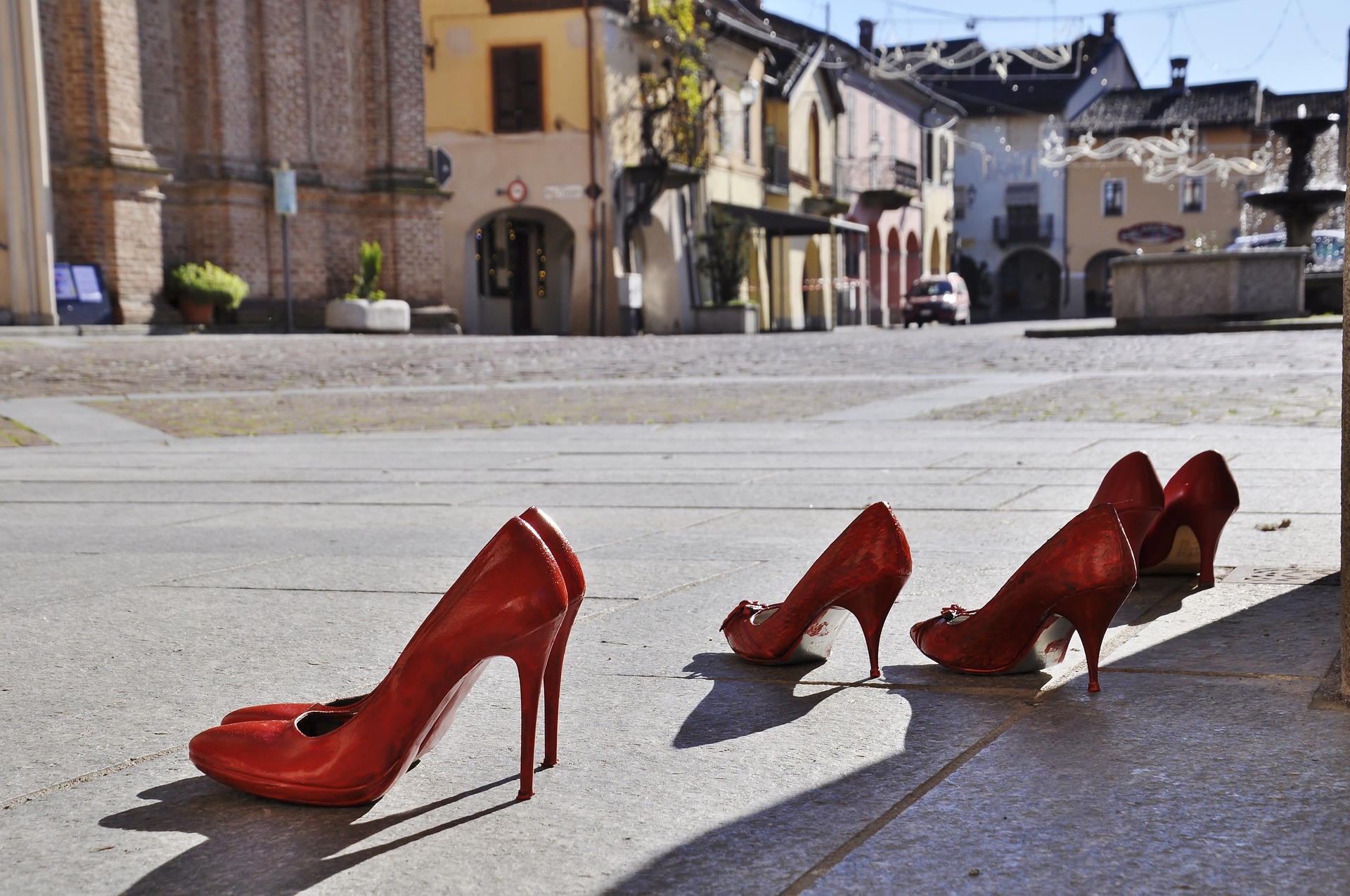 Persecution and the nexus requirement

To be a refugee under the CSR there must be a connection – a nexus – between ‘being persecuted’ and what are often referred to as the ‘Convention reasons’ or ‘grounds’: a person’s race, religion, political opinion, nationality or membership of a particular social group.

The nexus between persecution and a Convention ground can be met in one of two ways (and in practice, is often met in both). Firstly, a person may be persecuted directly for, for example, their political opinion or race. Secondly, a person may be subject to serious harm, but the State does not protect them from that harm because of the victim’s political opinion or race.

States who are signatories of the CSR must, therefore, recognise as refugees individuals who, for example, risk being persecuted in their country by the police because of their religious beliefs, but also those who face harm for any one of a number of reasons that may be entirely unrelated to a Convention ground, but who are denied police protection from that violence because of the religious beliefs that they hold.

Sex/gender is not, as is well-known, a Convention ground. Notwithstanding this absence, UNHCR has consistently maintained that ‘properly interpreted’, the CSR’s refugee definition covers gender-related claims. What this ‘proper interpretation’ involves is, however, less clear. How, for example, is the nexus between the different forms of violence that women in particular are (more likely to be) subject to and the Convention grounds established?

Is domestic violence, sexual exploitation and female genital mutilation (FGM) persecution for a Convention reason (and if so, what is the relevant reason)? Or, is the nexus established not through the violence but the State’s failure to offer women in particular (or particular women) sufficient protection from it?

In the UK case of Shah and Islam [1999] UKHL 20, New Zealand’s Refugee Appeal No. 71427/99 [2000] and the Australian case of Khawar [2002] HCA 14, the nexus between the persecution the applicants suffered – domestic violence – and a Convention ground was found to be in the State’s failure to offer, in the words of Lord Hope, protection to ‘women in a society which discriminates against women’ (Shah and Islam, page 22). The failure of the State to offer sufficient protection being needed to ‘convert personally motivated domestic violence into persecution on one of the [Convention] grounds’ (Gleeson J at paragraph 26 of Khawar). In contrast, in Fornah [2006] UKHL 46, the nexus was established both through the violence feared (FGM) and the States’ failure to protect women from it.

There are a number of different and potentially competing explanations for the Courts’ different treatment of these two forms of violence. One is that the ubiquity, the sheer and banal ordinariness of domestic violence in ‘refugee-receiving’ States blinds decision-makers to its discriminatory/persecutory nature. Domestic violence cannot be persecution for a Convention reason because if it were, refugee-receiving States would also be refugee-producing ones. Consequently, as Audrey Macklin observed in her brilliant article Refugee Women and the Imperative of Categories, ‘cultural difference’ becomes the ‘yardstick’ by which persecution may be measured (page 265).

FGM is persecutory violence, in and of itself, because it is other (and othered) countries and cultures that do it. Domestic violence is, in contrast, ‘personally motivated’ (rather than being discriminatory or linked to women’s inequality) precisely because women experience it in different forms, to different extends and with different impacts, everywhere including here.

That domestic violence, like FGM, is a form of gender-based violence may be established by reference to its definition in the Convention on the Elimination of all Forms of Discrimination Against Women’s (CEDAW) General Recommendation 19 (as updated by General Recommendation 35). Here gender-based violence is defined as ‘violence that is directed against a woman because she is a woman or which affects women disproportionately’, with such violence being unlawful discrimination against women.

These regimes do more than define, prohibit, and respond to gender-based violence (or violence against women) – they also highlight the role that such discriminatory violence plays in creating and maintaining women’s subordination. As the preamble to the Istanbul Convention makes clear, such violence is a ‘manifestation of historically unequal power relations between men and women’ and one of the ‘crucial social mechanisms by which women are forced into a subordinate position compared with men’.

From discriminatory violence to persecution for a (different?) Convention reason

The majority of ‘women’s cases’ continue to be decided under the ‘particular social group’ ground, with women’s difficulty in defining or establishing the existence of such a group constituting a significant barrier to their recognition as refugees. Once the discriminatory / persecutory nature of, for example, FGM and domestic violence is understood, however, the Convention reason that it is ‘for’ can be the rethought. The use of violence to dominate (women as a whole and often, particular kinds of women) and women’s resistance to such domination are fundamentally political acts.

In the particular context, a woman’s actual or implied assertion of her right to autonomy and the right to control her own life may be seen as a challenge to the unequal distribution of power in her society and the structures which underpin that inequality. In our view such situation is properly characterised as “political”.

CEDAW’s General Recommendation 32 similarly states that women may be targeted for their political opinions, such opinions including expressions of their rights.

Once it is understood that violence which appears to be personal or ‘private’ is in fact discriminatory and political, the ground under which such claims should be decided may shift or be shifted, from that of ‘particular social group’ to that of political opinion. Such a shift would eliminate all the definitional issues that seeking to establish the existence of a particular group (in a particular State/society, at a particular time) entails and would enable States (and others) to recognise as refugees and offer protection to women who have fled gender-based violence in a broader range of circumstances than is currently the case.

To ‘properly’ interpret the CSR 51, recourse should be had to the specialist legal regimes concerned with violence and discrimination against women. These regimes establish that all forms of gender-based violence, not just those forms that seem different, exotic, or ‘other’, involve discrimination. Such discrimination may also constitute persecution on the grounds of political opinion, the nexus between such violence and the relevant ground being met by both the violence itself and (again, depending on the circumstances) the State’s failure to offer sufficient protection from it. 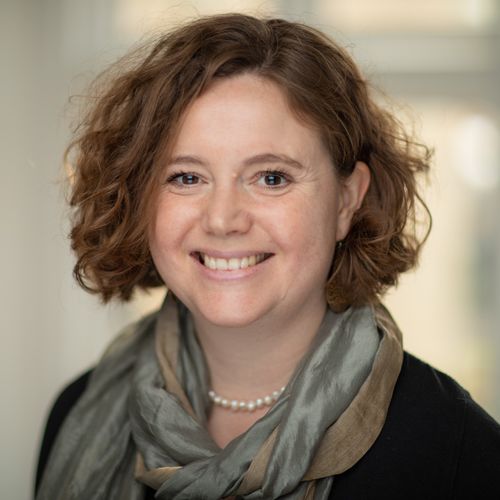 Catherine Briddick is a researcher and departmental lecturer at the Refugee Studies Centre. She has over ten years’ experience researching, providing legal advice and engaging in legal advocacy on issues relating to gender, forced migration and human rights in the UK.