My research emphasizes a shift in perspective in the multidisciplinary debate on responsibility-sharing and refugee choices, particularly in regard to questioning whether the principle of distributive fairness between states (how EU states fairly distribute refugees) should take precedence over refugees’ agency. Understanding this development is important in order to rethink the approach to these issues in Europe – in the course of the ongoing Dublin reform – as well as globally.

Parallel to the legal developments in the Dublin system, a broader academic debate on how responsibilities for refugee reception could be shared both within Europe and globally began in the late 1980s and was heightened in the 1990s after the Yugoslav crisis. The initial debates on fair distribution were centred around the notion of ‘burden sharing’, coined in reference to earlier debates in economics regarding the sharing of costs for military spending among NATO members. It has been analysed from a variety of perspectives including public goods theory, prisoner’s dilemma contexts in game theory, and other forms of cooperative action failures based on a lack of states’ self-interest in refugee protection.

Normative theorists working on questions of the ethics of asylum have also problematized the argument that refugees are owed the protection of their basic needs but should have no say as to where this protection will be provided, due to concerns that this consideration might affect distributive fairness between states.

A shift in perspective

Over the last several years there has been a considerable shift in focus in the broader scholarship towards paying more attention to refugees’ preferences and choices. In economic literature the topic of responsibility-sharing in the form of markets for refugee quotas has been supplemented by preference matching schemes taking into consideration states’ as well as refugees’ preferences. In legal scholarship several scholars have pointed out that institutional protection frameworks, such as the Dublin regime, should not be limited to fair responsibility-sharing between states but should also consider how such a regime can guarantee fairness towards those seeking protection.

Finally, in normative debates on the issue, significantly stimulated through important contributions by RSC director Matthew Gibney, several authors point out that fairness between states is not an ultima ratio in refugee responsibility-sharing. They argue instead that responsibility-sharing frameworks must be balanced out with the preferences of protection seekers to guarantee both their physical protection and enable them to re-establish a meaningful social life in asylum.

What is demanded in this literature is not an unlimited right for protection seekers to choose their country of destination – which has long been demanded by refugee rights activists and thus far been regarded as a taboo in states’ policy discourses – but rather a responsibility-sharing framework that takes protection seekers’ rights and preferences into consideration when thinking about a just distribution of responsibilities between states. Such a framework would enhance refugees’ autonomy by acknowledging their agential capacity.

Beyond this moral justification it makes sense for states from a prudential perspective, since taking people´s preferences seriously might contribute to their longer term integration. This in turn could contribute to re-establishing the link between protection and integration that has been severed by the deterrence-related fetishization of a no-choice paradigm by states in the Dublin system.

What are the chances of a policy paradigm shift?

The recent reforms of the Dublin system have maintained the underlying principle of no-choice for protection seekers in deciding on a state to claim asylum in, justifying it by a need to prevent secondary movements and ‘asylum-shopping’, and keeping control over the asylum seeker. The ongoing legislative debates on a new Dublin-IV Regulation started from this assumption with the 4 May 2016 Commission legislative proposal maintaining this principle.

There have been some promising developments challenging this principle in the European Parliament´s Wikström report on the Dublin-IV proposal. Within it certain amendments suggest that a Member State examining an application would under a new article (Article 19(2), subparagraph 1) be entitled to request another state to take over the application "based in particular on family, cultural or social ties, language skills or other meaningful links which would facilitate his or her integration into that other Member State."

Article 19 (2a) would give the protection seeker a power to trigger such a request but would not, however, put any obligation on the requested Member State to honour it. Additionally, an amended Article 3(2) subparagraph 1 would require as a new default rule (in case no other state is found responsible under the standard provisions of Chapters III and IV of the Regulation) to shift the responsibility to a state that has so far taken in the smallest number of protection seekers (“correction mechanism”). Significantly the protection seeker would be offered four countries from which she could choose her preference – a clear departure from the current no-choice paradigm.

While not a complete paradigm shift, these developments could at least challenge the absoluteness of no-choice and help to balance the Dublin system towards the needs of those looking for protection. The negotiations on the Dublin-IV Regulation, now in their third year, have been in a stalemate given a lack of consensus among Member States on crucial questions of responsibility attribution, but are now entering a trilogue stage. In an era in dire need of evidence-based policymaking, it would be wise for policymakers to take on board the wealth of multidisciplinary literature demonstrating the need to include the needs of all actors involved in international protection, and formulate policies that treat protection seekers as actors with needs and preferences and not as voiceless subjects of humanitarian and security discourses.

For a quick introduction to the Dublin regime see https://ec.europa.eu/home-affairs/what-we-do/policies/asylum/examination-of-applicants_en

LIBE Report on the proposal for a regulation of the European Parliament and of the Council establishing the criteria and mechanisms for determining the Member State responsible for examining an application for international protection lodged in one of the Member States by a third-country national or a stateless person (recast), 7 November 2017, available at: http://www.europarl.europa.eu/sides/getDoc.do?pubRef=-//EP//NONSGML+REPORT+A8-2017-0345+0+DOC+PDF+V0//EN 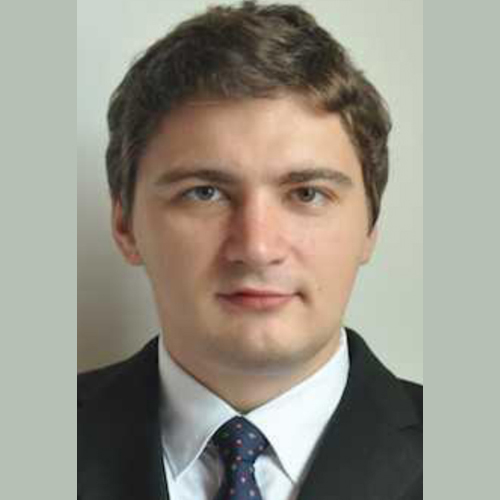 Lukasz Dziedzic is a PhD Researcher at the Legal Philosophy Group of the Department of European and International Public Law, and the International Victimology Institute Tilburg. His research consists of a philosophical and doctrinal analysis of the significance and meaning of the principle of solidarity and fair sharing of responsibility in the Common European Asylum System (CEAS)